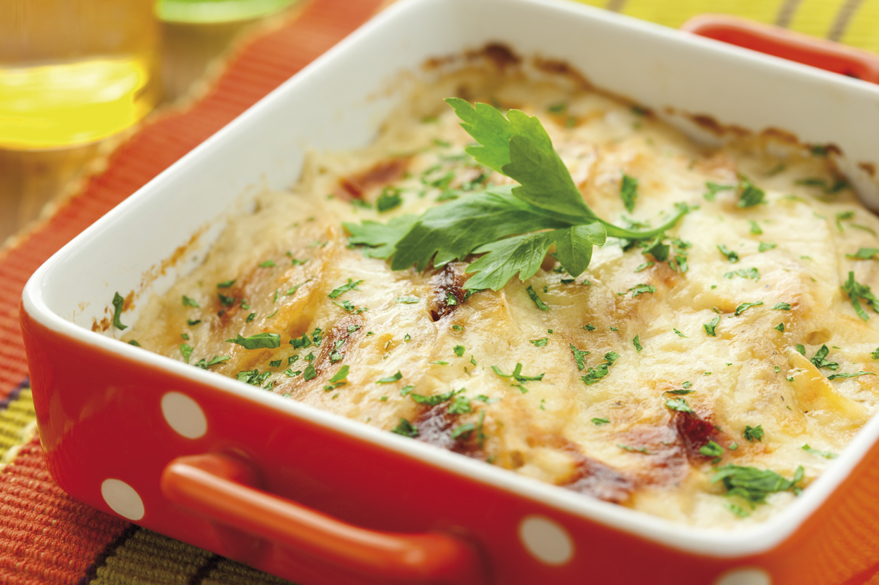 Preheat the oven to 200°C. Peel the potatoes and winter carrots. Cut into 5mm slices. Boil together in water until al dente. Fry the mince without butter/oil until cooked. Add the onion, leek and garlic. Dissolve the stock cubes in 100ml of boiling water. Add the stock and creme fraiche to the dish. Stir and allow to simmer. Grease an oven dish with butter or oil. Layer half the potato & carrot slices on the bottom, then add a layer of the mince-leek mixture followed by the rest of the potato & carrot slices. Finish off with the grated cheese. Bake in the oven for 20 minutes until done.

Tip: Potatoes can be cooked even quicker in the microwave